What’s happening with crypto in China? 3 things investors should consider

It has been over two years since the People’s Bank of China (PBoC) effectively banned crypto exchanges and trading. Yet, China remains a key topic in the crypto space in 2020.

Three important aspects of China’s crypto sphere investors have to consider are:

In August 2019, reports indicated that China’s state planner planned to ban the Bitcoin mining industry as a whole.

The National Development and Reform Commission (NDRC) added bitcoin mining to a list of 450 activities and industries it wanted to phase out over time that it deemed wasted resources or were not in line with existing regulations. Despite China’s continuous crackdown on cryptocurrency trading, the local crypto mining sector has avoided the imposition of a complete ban.

The decision of the government of China to essentially reverse its ban on Bitcoin mining likely indicates that it wants to remain in some control over an important aspect of bitcoin.

Whether China’s strict oversight over the local bitcoin mining sector that accounts for a majority of the global market share is positive or negative remains to be seen.

Some have argued that there are fears of centralization as China’s crypto mining space grows off of cheap resources, electricity, and naturally cold climate in the northern region.

One of the major narratives in the second half of 2019 was Chinese President Xi Jinping’s call for the acceleration of blockchain development.

“Don’t mistake me from the bad guys. And it has been troubling for a long time. Our President has expressed his endorsement and I think its the best news for me. I don’t need to worry about that.”

The People’s Bank of China and other relevant agencies are also utilizing the blockchain to develop a national digital currency.

Officials at the PBoC have said that the blockchain significantly reduces the cost of payment of digital currency payment. 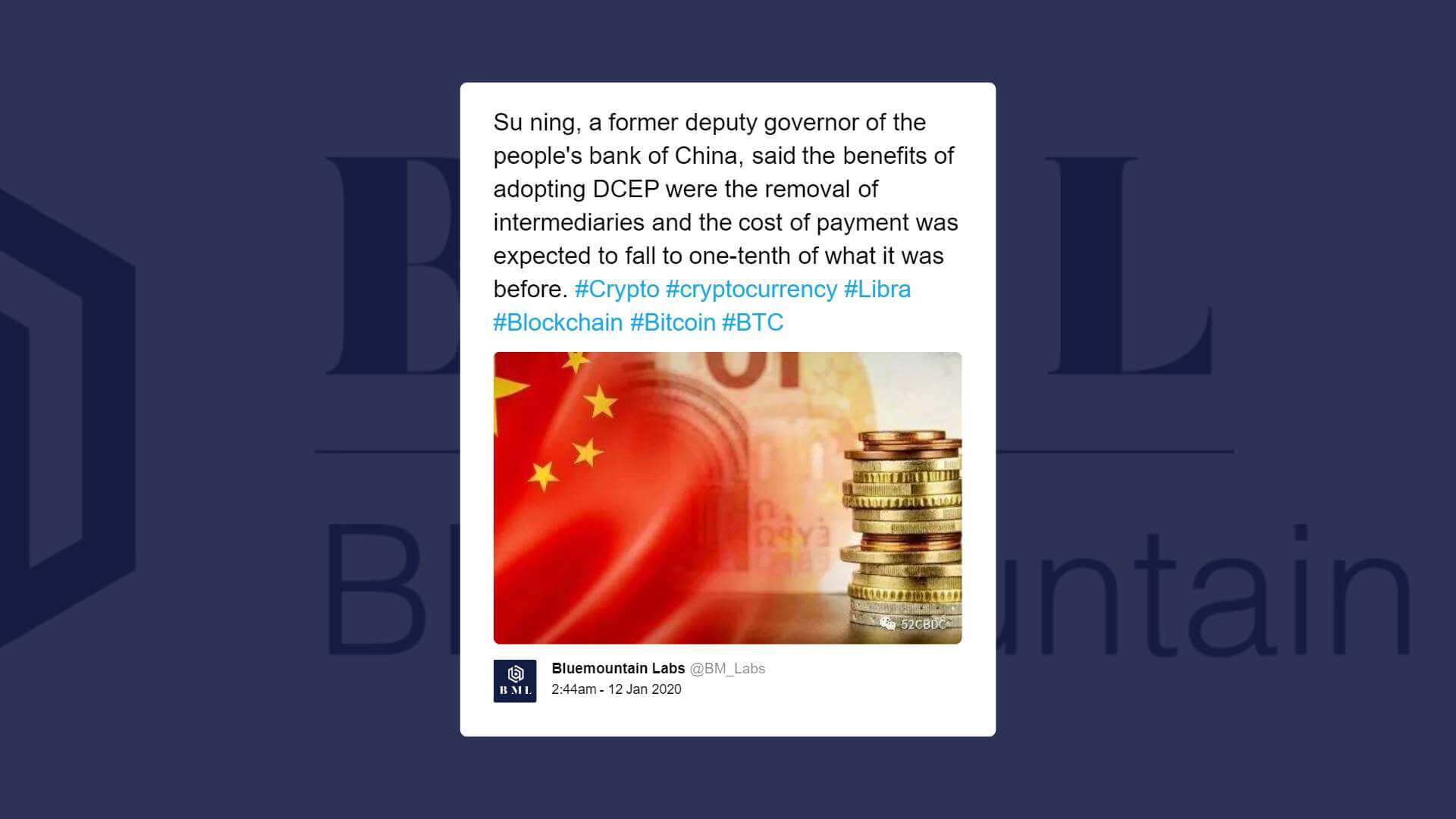 With the legitimization of the blockchain industry by President Xi, the PBoC is expected to speed up the development and launch of a national digital currency.

Matthew Graham, the CEO of Sino Global Capital, said last month that Huobi and OKEx received “some level of approval” to operate within the country.

Crypto trading remains formally banned in China and as such, the term “institutionalization” means that on paper, the two exchanges are only open for institutions and accredited investors.

Still, the two exchanges being allowed to operate even with significant restrictions can be considered a sign that China is not completely closing off to crypto and the blockchain.

The post What’s happening with crypto in China? 3 things investors should consider appeared first on CryptoSlate.

Like 0 Thanks! You've already liked this
No comments
« Casper Sleep Files For U.S. IPO » What's happening with crypto in China? 3 things investors should consider (via @iamjosephyoung)