The highly anticipated ECB rate decision and policy meeting this week held markets in thrall overnight. The expectation is that some more than one monetary policy elephant gun will be taken down of the wall this Thursday.

At this stage, an easing of between 10 and 20 basis points to the -0.40% deposit rate is almost unanimously expected. It gets interesting after that with the street expecting various options. An exemption on banks excess reserves tp the deposit rate cut to ease the pain of negative rates and encourage lending. More Targeted Long-Term Refinancing Operations (TLTRO’s), the resumption of Quantitative Easing (QE) or a combination of all of the above.

With the 2% inflation target still a Japanese style distant memory and growth slowing in Germany, Europe’s engine, the ECB had to do something. Whatever comes out on Thursday will test the limits of the effectiveness of monetary policy. Europe’s governments, under the yoke of Northern fiscal austerity rules, refuse to come to the party with budgetary stimulus, leaving all the heavy lifting to be done by the ECB. The Japanese did both and still couldn’t get a result. Of the worlds major trading blocs, Europe remains the most hamstrung by its ideology. The summer of monetary love after Thursday’s meeting, may quickly fade to winter if Europe’s economy continues to slow, inflation remains non-existent, and Europe’s governments insist on keeping their heads in the fiscal sand.

Expected cuts from the ECB and the Federal Reserve next week were not enough to lift Wall Street overnight, with this information seemingly priced in for now. The exception to the wait-and-see mode of most of the street was oil, which shot higher after comments from the new Saudi Arabia Oil Minister.

UK Prime Minister Boris Johnson has failed to force a snap election after failing to get the 2/3rds of parliamentary votes required due to mass abstentions. He actually won a vote finally, 293-46, but lost. If that confuses readers, welcome to Brexit! Parliament is now officially suspended until October 15th.

Asia’s highlights will be Australia’s NAB Business Confidence (exp 3), and China Inflation YoY Aug (exp 2.60%), both at 0930 SGT. The former is usually suitable for some short-term volatility in the AUD, especially given the underwhelming run of data these past few months from the Lucky Country.

Asia is unlikely to rock the boat this morning, and we expect a cautious, but positive start to trading, as anticipated impending central bank easings buoy stocks.

The dollar index refused to budge overnight, rising 0.10% to 98.29 as forex markets continue their belligerence ahead of key central bank meetings.

Sterling’s recovery continued, rising 0.50% to 1.2345 having fallen back from 1.2400 highs. With Parliament now suspended until October 15th, the “Boris-bounce” may have run its course for now. The likelihood of a hard Brexit has receded, but the PM and his advisors now have the key to the house and liquor cabinet while the parents are away. You wouldn’t bet against loud music, some damage and the police being called.

Brent crude rose 1.70% to $63.00 a barrel and WTI rose 2.45% to $58.00 a barrel. Actions speak louder than words though however. Markets will need to see concrete progress on the production front, even as the world’s economy slows, to sustain gains.

Some profit-taking sellers may appear in Asian trading after the impressive overnight gains capping oil. Losses should be limited though, as the street gives the new Saudia oil minister, the benefit of the doubt for now.

The more positive investing environment continued to take its toll on long gold positioning overnight. However, the damage was limited. Gold eased 0.50% to $1499.00 an ounce, continuing its orderly retreat.

Gold will remain under pressure while monetary and trade dispute euphoria continues. The yellow metal though is giving ground by inches, and not yards, suggesting doubts remain about the longevity of the positive environment. Critical supports remains at $1480.00 an ounce. 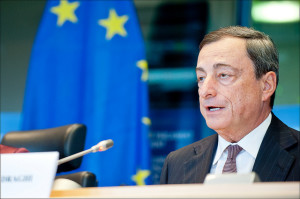