The sell-off in the US dollar (USD) fizzled as fast as it began overnight, strengthening across the board after positive noises from the trade talks in Beijing. President Trump indicated he would give China more time to complete a deal if necessary as long as progress had been made. US government shut-down fears receded with Trump indicating that not putting another brick in the wall wasn’t a deal breaker.

As the USD marched inexorably higher, the exception was the New Zealand Dollar. The Kiwi (a flightless bird) consolidated its gains against the USD overnight and the Aussie dollar is following the Reserve Bank of New Zealand’s (RBNZ) refusal to follow the central bank’s party line and turn dovish.

US stock-markets went about their work quietly, rising around 0.50% with the S&P notably holding above its 200-day moving average, on much the same news as the USD. We expect a similar story in Asia this morning with indices tracking the S&P gains higher and regional currencies easing against the USD.

In terms of data, Japan’s GDP will be released today and is expected to rise by 1.20%. Its effects will only be transitory though as there are bigger stories to consider. Things will get more interesting in Europe with the release of Eurozone and German GDPs, with Europe’s industrial bell-weather expected to post a 0.80% gain. With the euro giving back much of its previous day’s gains overnight, a poor read could see sellers of the single currency return with renewed vigour.

You can’t keep a good dollar down, be it the US or New Zealand’s it seems. Both have rallied vigorously overnight, perhaps highlighting the importance of short-term yields on sentiment (both have them). The market will remain highly sensitive to any headlines from the trade talks and therefore, so will both dollars.

AUDNZD collapsed yesterday following the RBNZ, and the cross trades at 1.0425 this morning ahead of important support at 1.0400. Sentiment should keep up pressure on the pair, however traders would be wise to avoid extreme pessimism or talk of parity. Selling AUDNZD below 1.0300 has often ended in tears over the last 20 years. It’s unlikely this will change.

We expect Asian markets to track North America gently higher this morning. Stocks in particular though will be susceptible to news headlines out of Washington or Beijing, whether good or bad. Traders should remain nimble in such a fragile sentiment environment.

We saw a peaceful night for gold as it remains anchored around 1,310.00 awaiting clarity in the bigger geopolitical picture.

All of this has given a very constructive look to both contracts from a technical perspective with both Brent and WTI poised for higher gains. One cautionary note is they are also vulnerable to news headlines, good or bad. 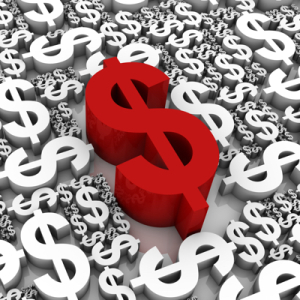