Say what you like about President Trump, but boring he is not. In dramatic scenes in Washington D.C. today, the President announced that he had “fired” his national security advisor John Bolton citing strong disagreements.

The obvious question is, why is this important to financial markets? Well, John Bolton was an uber-hawk who advocated hardline approaches to North Korea, Russia and Iran amongst others. The last is particularly significant, as his departure could potentially thaw relation with Iran. The oil markets certainly thought so, as Brent and WTI plunged at the prospects of Iranian crude officially hitting international markets sooner rather than later. President Trump says he has a new diplomatic bolt-on in mind for the post; a more level head could well help thaw some of the administration’s international disputes and be a rare ray of macroeconomic sunshine in a stormy year.

Mr Bolton’s The Apprentice-like departure, was the highlight of an otherwise uninspiring session for traders as markets await the ECB rate decision later today. The overnight trading session was notable mostly for the continued pullback in U.S. Treasuries and German Bunds, as yields on both continued to rise gently. With the expectation of the resumption of quantitative easing by the ECB tomorrow and a rate cut by the Federal Reserve next week, the risk environment has solidified and tempted investors out of hiding from the bonds markets and back into equities.

The pressure is probably heavier on the ECB to deliver tomorrow, then the Fed next week. A casual look at the European data this year will explain why. The ECB President Mario Draghi though has faced an internal battle with his Northern European hawks over further easing. Although we expect a modest rate cut tomorrow, the amount of QE the ECB may propose has the potential to disappoint the markets. That would likely start another rush back into Bunds.

In other positive news, China removed more barriers for foreign investors in its capital markets overnight. Investment funds now no longer need government permission to invest in Chinese stocks and bonds. The problem of a closed capital account remains though and will dampen international enthusiasm. It continues a much more targetted approach to stimulus by China this time though, rather than its usual throw money at everything one size fits all approach of the past.

Australian Westpac Consumer Confidence has just been released, falling 1.70% for September. The fall was less than expected and corrected to some extent, the surprise 3.60% rise in August. It follows lower than expected unemployment rate of 3.10% from South Korea this morning; as well as record employment data from Great Britain overnight, where the data continues to defy the Brexit doom-sayers.

Although financial markets appear to be becalmed ahead of the ECB rate decision, there are probably enough positives quietly accumulated from around the globe overnight for Asian markets to be cautiously optimistic today.

The S&P 500 and Nasdaq were mostly flat overnight with the industrial-heavy Dow Jones rising 0.28% following Mr Bolton’s departure. The consistent flow of quietly positive news from around the globe overnight has seen early Asian markets rise. The Nikkei 225 is 0.49% higher, and the Australian ASX 200 is 0.38% higher.

We expect that theme to continue as the rest of the region comes online; barring any of the usual unexpected headline bombs or social media posts from the usual suspects.

Regional currencies should continue to benefit from the improved investment sentiment globally.

The unexpected drawdown saw Brent crude finish 0.20% lower at $62.40 a barrel, while WTI finished 0.50% lower at $57.50 a barrel. Official U.S. crude inventory data is expected to show a 4.80 million drawdown this evening and will be monitored closely.

Airstrikes by Israel on Gaza overnight look to have boosted oil demand in Asia this morning. Brent has risen 0.40% to $62.70 and WTI 0.50% to $57.80 a barrels. Oil should remain supported in Asian trading, mostly supported by the overnight API crude inventory data.

Asia has unwound much of those losses in early trading with gold rallying 0.50% to $1494.50 an ounce as Asian investors load up ahead of the critical technical support at $1480.00 an ounce. A break of this level could trigger more stop-loss selling, but for now, traders in the region appear content to buy dips. 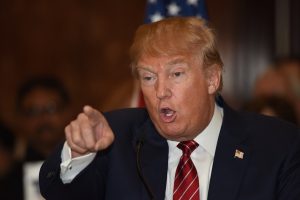 Like 0 Thanks! You've already liked this
No comments
« Asia Markets: Asian markets gain ahead of ECB meeting » China will introduce important measures to ease negative impact of the trade war – GT editor